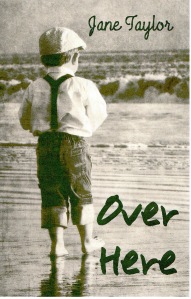 ‘A family tale told with the zest of Jane Austen … with senssitive fingers, Taylor probes her creations’ pain, feeling their doubts, impulses and reasonings … Delicately, she traces their rebellion from the stultifying past and their explorations of new settings and relationships’ – Catholic Herald, 15 Jan 2015

TWO WORLD WARS in turn interrupt the lives of several generations of one family when they are uprooted from their homeland on one or other side of the Atlantic. GThe story begins one icy December night on Liverpool docks, 1921, where a solitary nine-year-old boy has apparently just arrived from Canada – with no-one to meet him.

The sea, during the era of the great gtrans-Atlantic liners in the first half of the 20th century, is a backdrop for journeys made in both directions in search of self, safety and new beginnings. Each member of this fractured family will respond differently to the call of ‘over here’ as it becomes a cry from afar, a beckoning, or a promise of refuge.

Who will work out how best to answer that call, particularlyu in the light of one fateful decision, too hastily taken, affection them all down the years? Will it be the vulnerable young ~Canadian medic preparing for Ypres in Foskestone, the ambitious one-time servant from ‘Laundry Town’ Acton in its heyday, or the city girl who arrives inh England in the late 19040s, unprepared for life in a remote East Anglian village? And what of that boy … ?